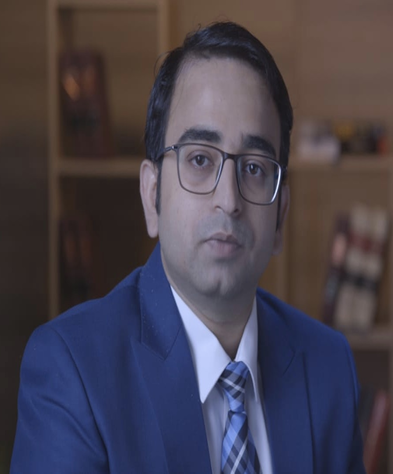 Mr Talha Abdul Rahman had graduated and obtained his law degree from NALSAR University of Law in 2008 with several gold medals and then pursued Bachelor of Civil Law from Oxford University on full scholarship as Shell Chevening Scholar in 2008-2009.

Mr Rahman enrolled with the Bar in 2008, and is an eminent Advocate on Record (2017) of the Hon’ble Supreme Court of India. He presently appears regularly before Supreme Court, Delhi High Court, NCLT, NCLAT, and NCDRC.

After returning from Oxford, Mr Rahman Practiced law with AZB & Partners (Mumbai) with their Dispute Resolution Team. He has represented several MNCs in their commercial disputes against private companies as well as against the Government.

From January 2013 to December 2017, Mr Rahman was associated as junior of Mr Gopal Subramanium, Senior Advocate and Former Solicitor General of India. In the five years that he devoted to assist Mr Gopal Subramanium, he assisted and appeared in various reported commercial matters including Writ Petition filed by Jindal Steel against Indian Railways in relation to supply of rails; cement cartelization cases before COMPAT and Delhi High Court; and automobile parts cartelization case.  Mr. Rahman is also counsel in Supreme Court in a PIL challengingthe orders passed by the Competition Commission of India in relation to Bid Rigging in sale of Sugar Mills by State of Uttar Pradesh.

Mr Rahman has also recorded a course on Professional Skills for Lawyers on Eastern Book Company’s e-learning portal. He has authored chapters on Professional Ethics, and on Law of Bail which is under publication by Eastern Book Company and Lexis Nexis. In addition, Mr Rahman has authored several articles, some of which have been published in Supreme Court Cases and Journal of Indian Law Institute.

At present, Mr Rahman is practicing advocacy in core legal areas at the Hon’ble Supreme Court of India and is also advising and assisting Vidhiśāstras-Advocates & Solicitors with his expertise and experience as an Independent Partner in his independent capacity.